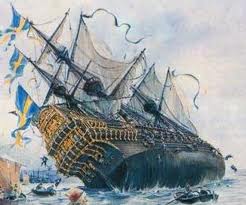 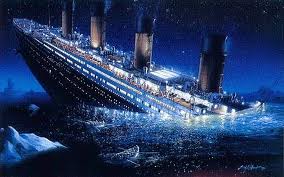 Pride comes before a fall.  Sail vs Steam and 284 years between the sinking of RMS Titanic vs The Vasa Ship, both on their maiden voyages.

Salut and glory! The Swedish battleship Vasa went to the bottom, fully rigged and gun ports opened on her maiden voyage, just after 1300 m in Stockholm.

The Vasa Ship was sleeping in the mud during 333 years, on 32 meters depth, near Beckholmen/Stockholm until being lifted up to the surface 1961 by Anders Franzen and his team. 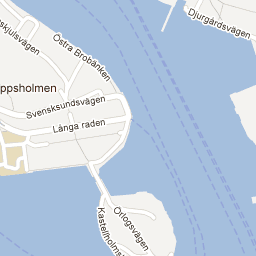