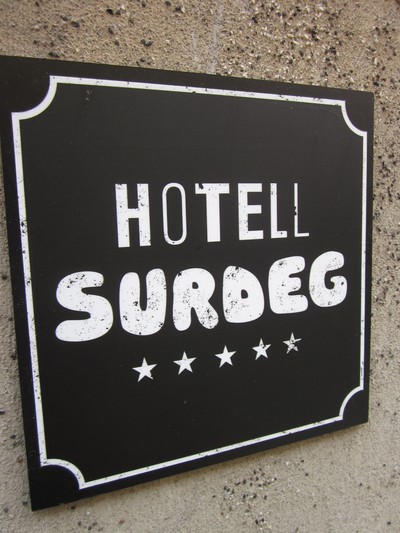 Published: 29 Dec 11 10:59 CET | Double click on a word to get a translation
Online: http://www.thelocal.se/38216/20111229/
Share
Words inspired by flip-flopping politicians and mobile phone apps, as well as creative terms for opinionated people are among the newest Swedish words, according to an annual list of new and topical words released on Thursday.

Every year, the Swedish Language Council (Språkrådet) publishes a list of new, popular, or topical words of the year.

Among the new words on the 2011 list are “Säpojogg” (‘Säpo jog’), a term describing a run or race emulating how security service agents jogged in suits and ties behind a vehicle, such as at Crown Princess Victoria’s wedding.

Other words included “fulparkerare” (‘ugly parker’), used to describe someone who parks their car in a particularly egregious or unlawful manner and “mobildagis” (‘mobile phone daycare’), describing a place for the collective storage of multiple mobile phones.

The increasing popularity of mobile computing devices also gave rise to the verb “appa” (‘to app’), describing when someone solves a problem using a mobile phone app, as well as “padda” (‘paddy’), used as a nickname for someone’s iPad or tablet computer.

“We try to collect as many new words as possible while they’re still new and fresh,” said Birgitta Lindgren, the Language Council’s editor of new words, to newspaper Dagens Nyheter (DN).

Some words on the list are more topical than others.

“Juholtare”, for instance, can be used by Swedes to describe a situation when someone says something hastily and then has to take it back.

The term is inspired by Håkan Juholt, who took over as leader of the Social Democratic party in March 2011, and his habit of making rash but incorrect statements.

And “Terja” has rapidly become the new Swedish verb for manipulating a photograph, after nature photographer Terje Hellesø confessed to having manipulated his award-winning animal photographs.

The use of “trädmord” (‘tree murder’) has also increased in 2011 in the wake of a series of incidents around Stockholm whereby trees were damaged or poisoned, causing them to die.

“Åsiktstaliban” (‘opinion Taliban’), meanwhile, refers to someone who only tolerates one opinion in an issue, while “attitydinkontinens” (attitude incontinence’) can be used to describe one’s inability to keep one’s opinions to oneself.

It isn’t easy to determine which words make the cut, explained Lindgren.

“We have a long list that we start with. The words partly come from the general public, and then we’ve a number of people who go through newspapers. Then we choose a number of words.”

Her own favourite word of the year is “flipperförälder” (‘pinball parent’).

“It’s a parent who dares to let go of their kids. The word refers to a pinball game, where the parent figuratively shoots the child away and lets it bounce around for a bit. It’s the opposite of a curling parent,” said Lindgren, referring to a common Swedish term to describe parents who are overprotective of their children